GROUNDING EXPERIENCES AND HABITATIONS - Connecting with the space 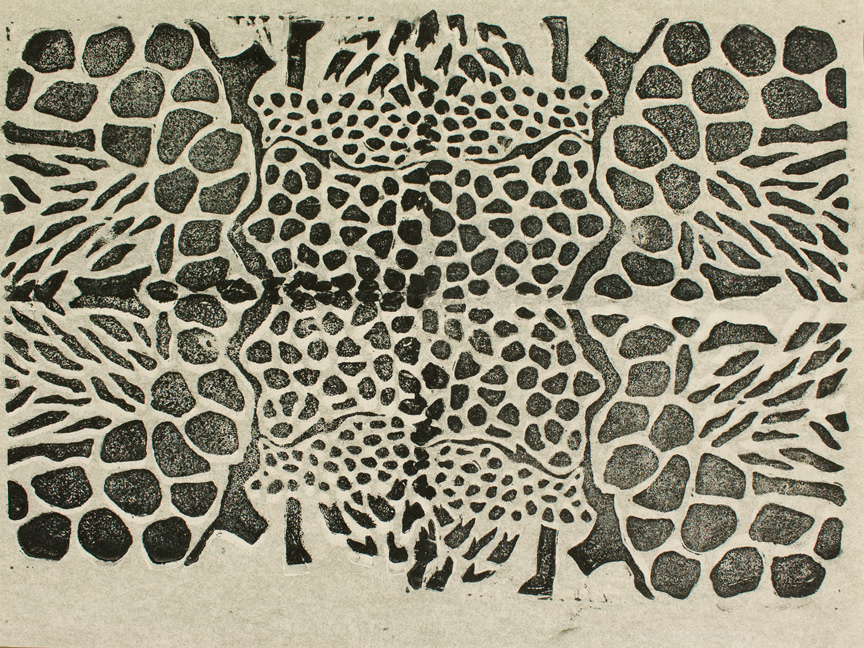 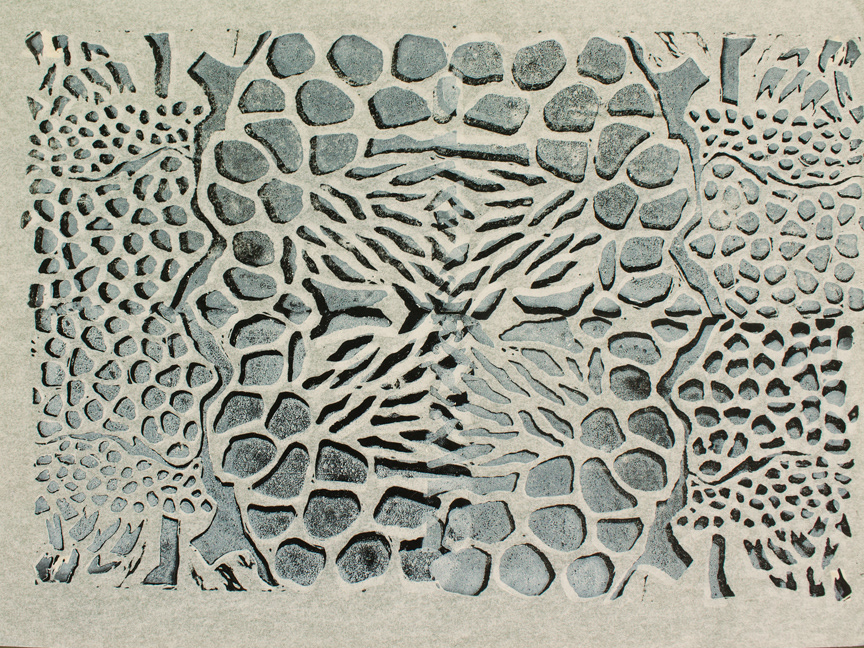 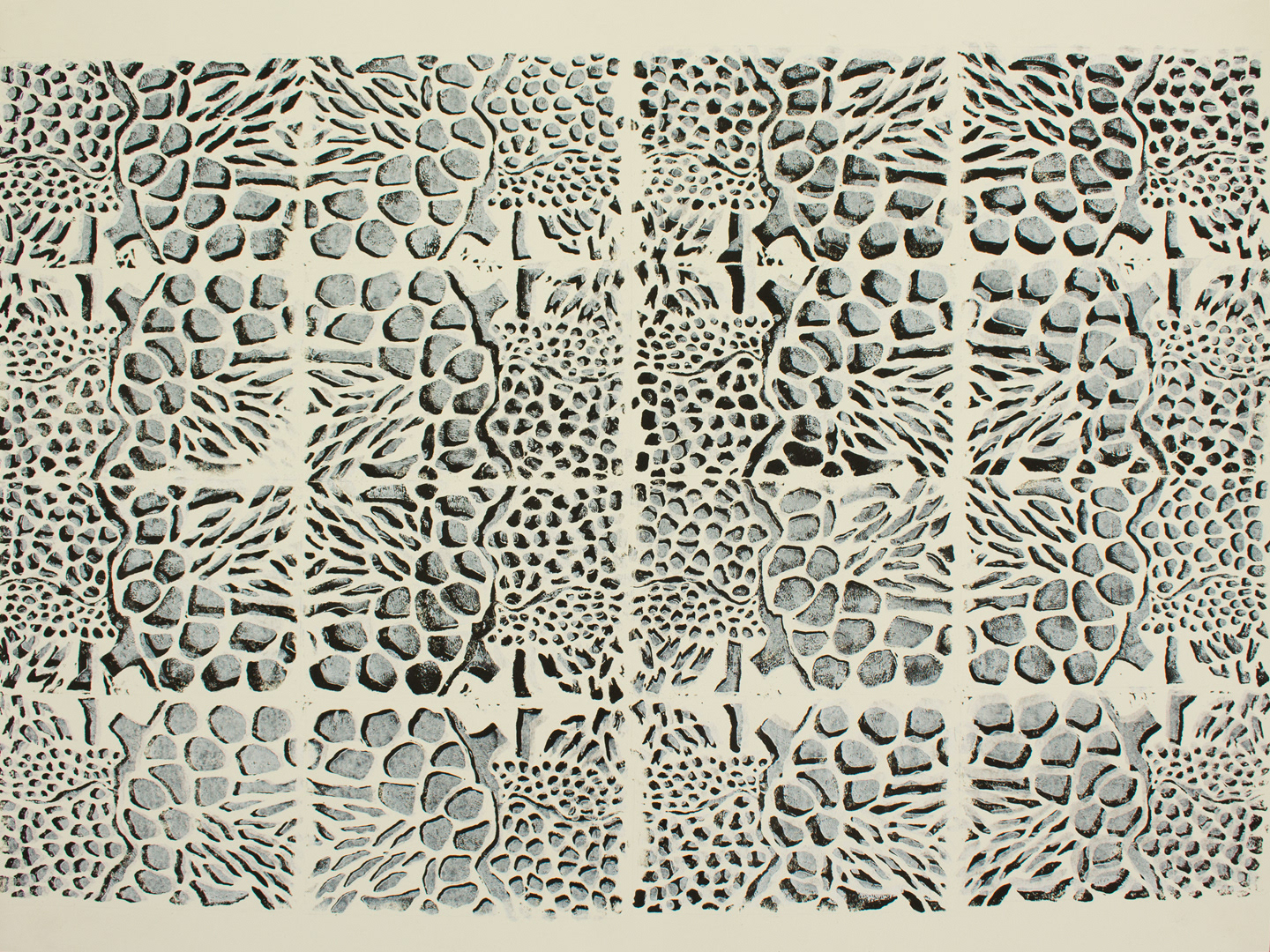 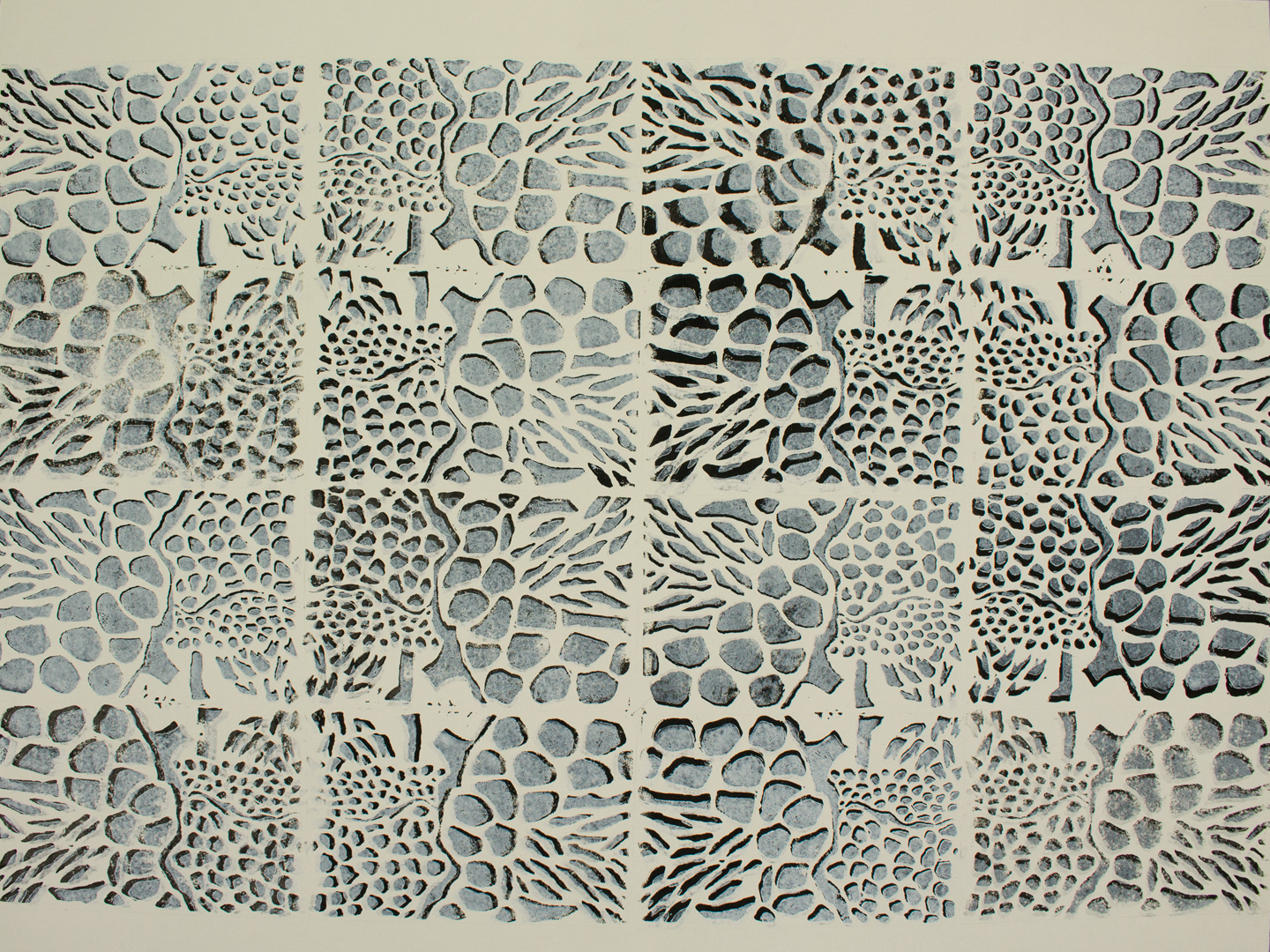 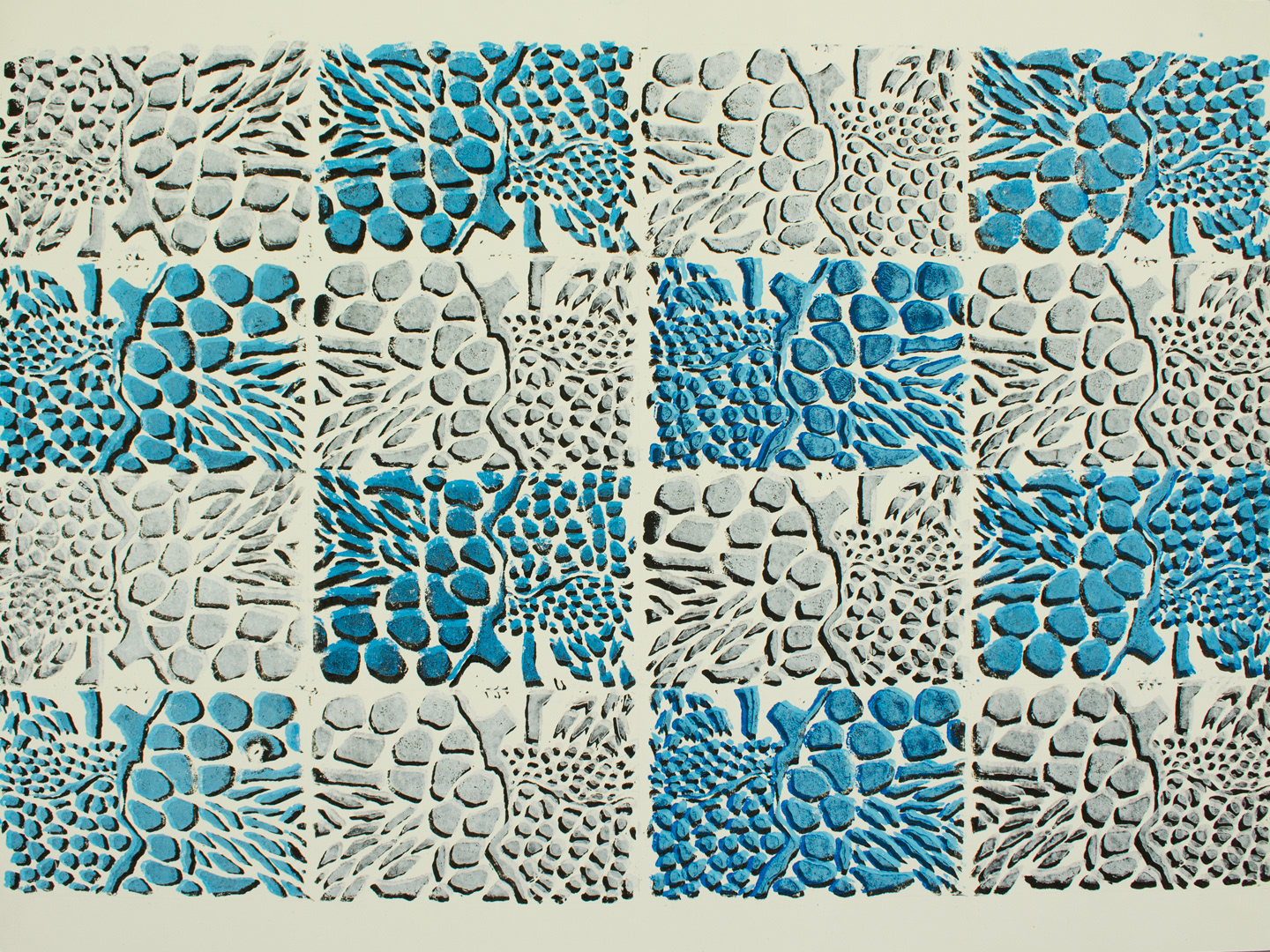 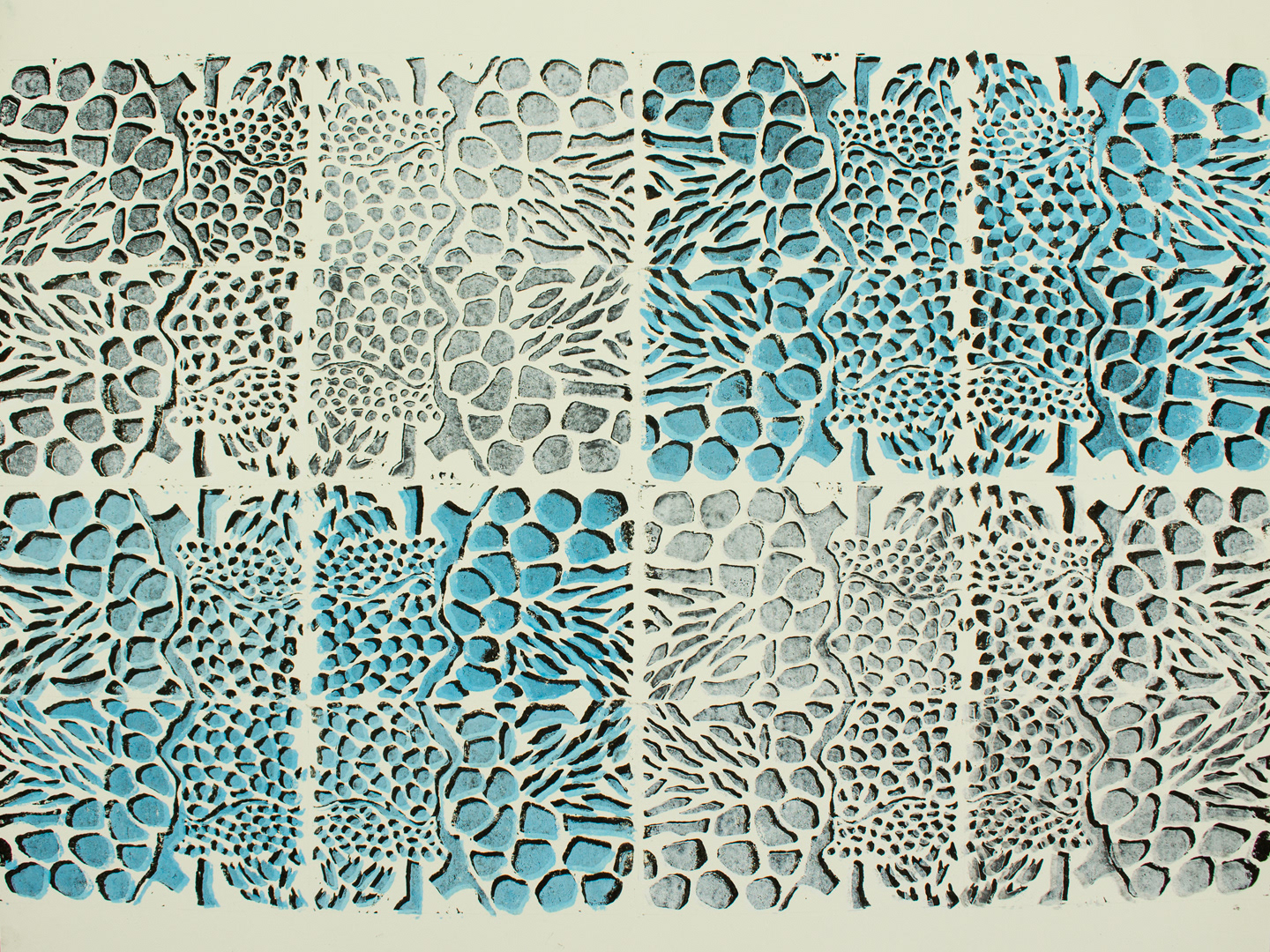 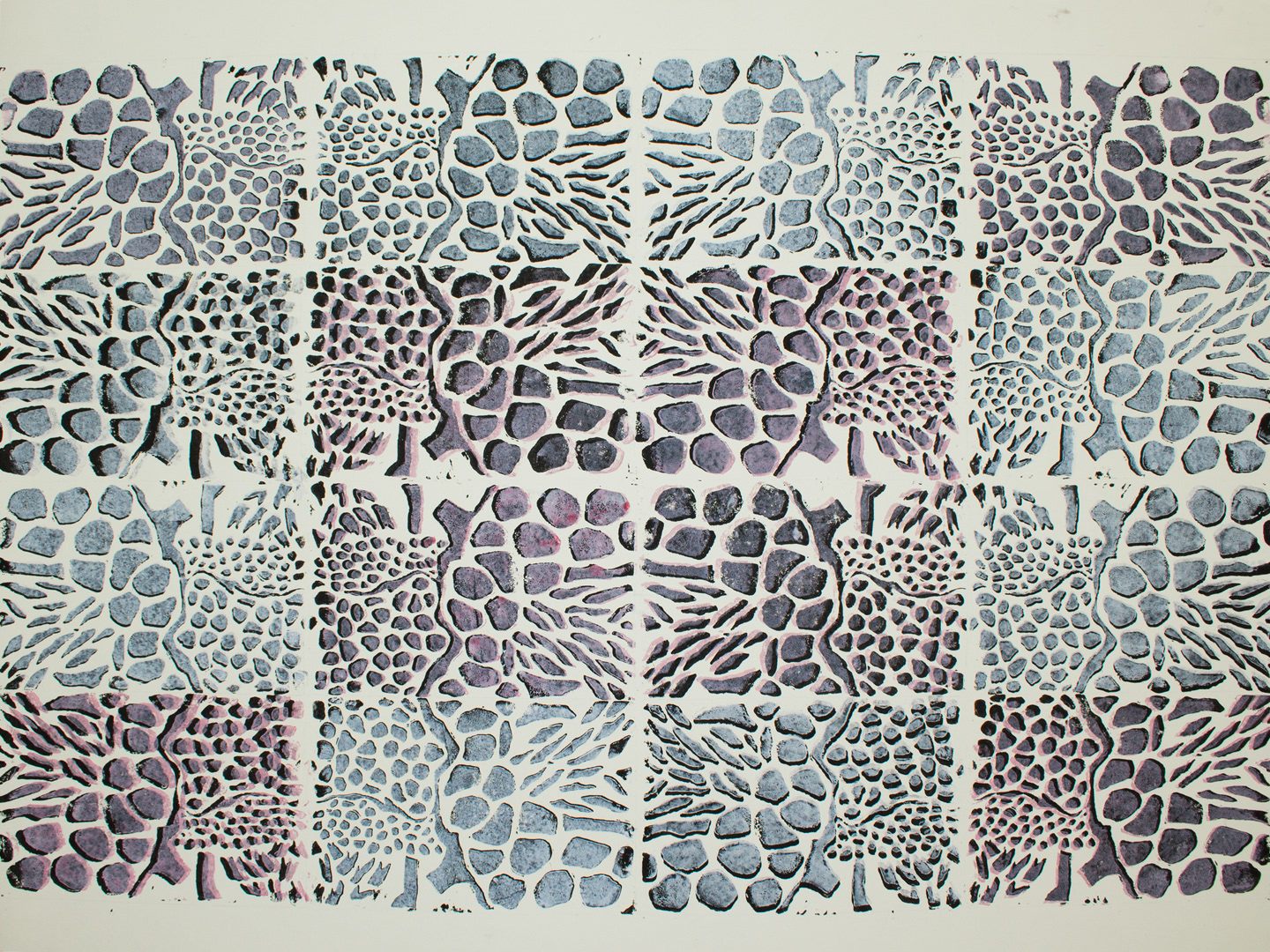 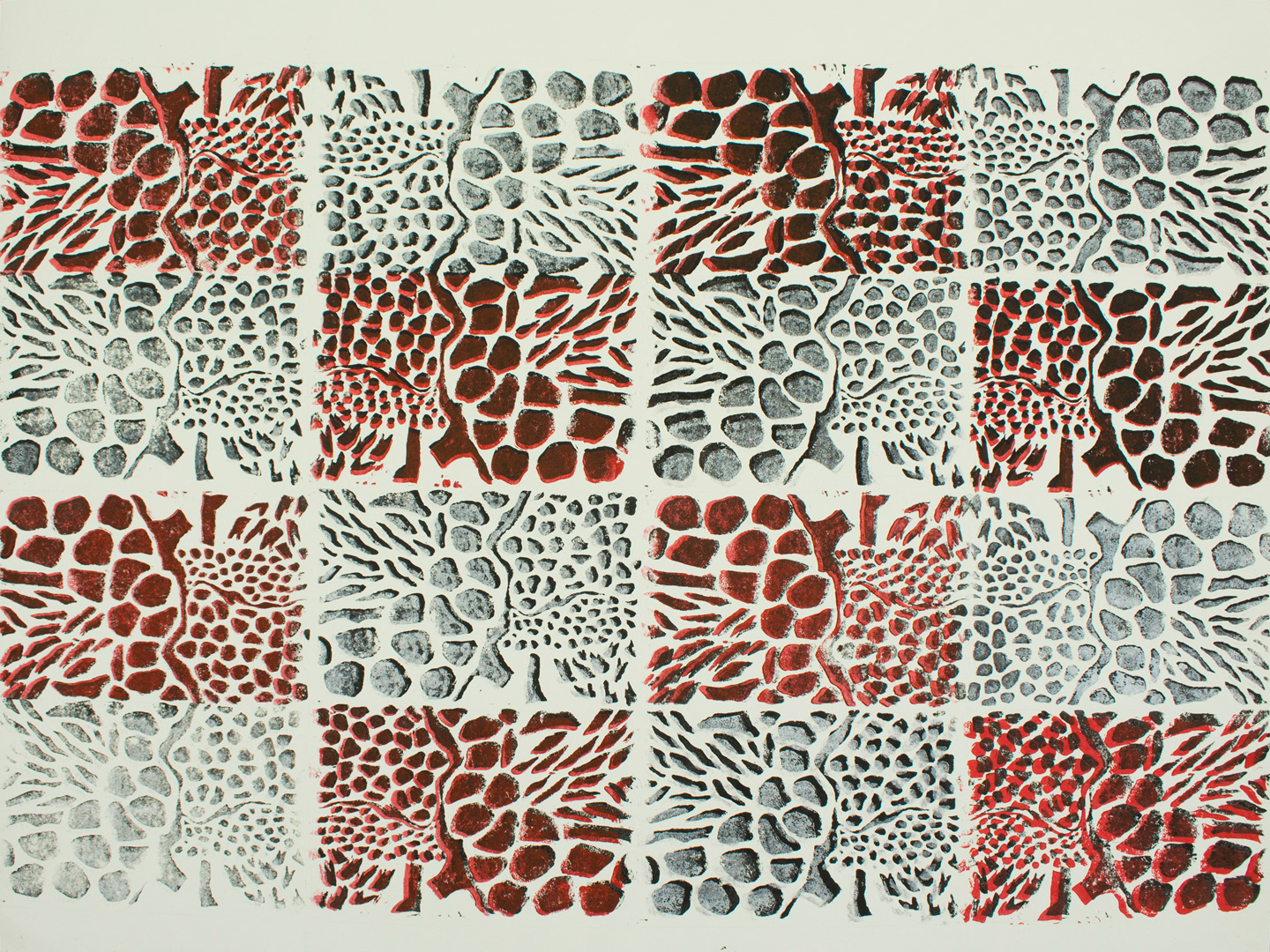 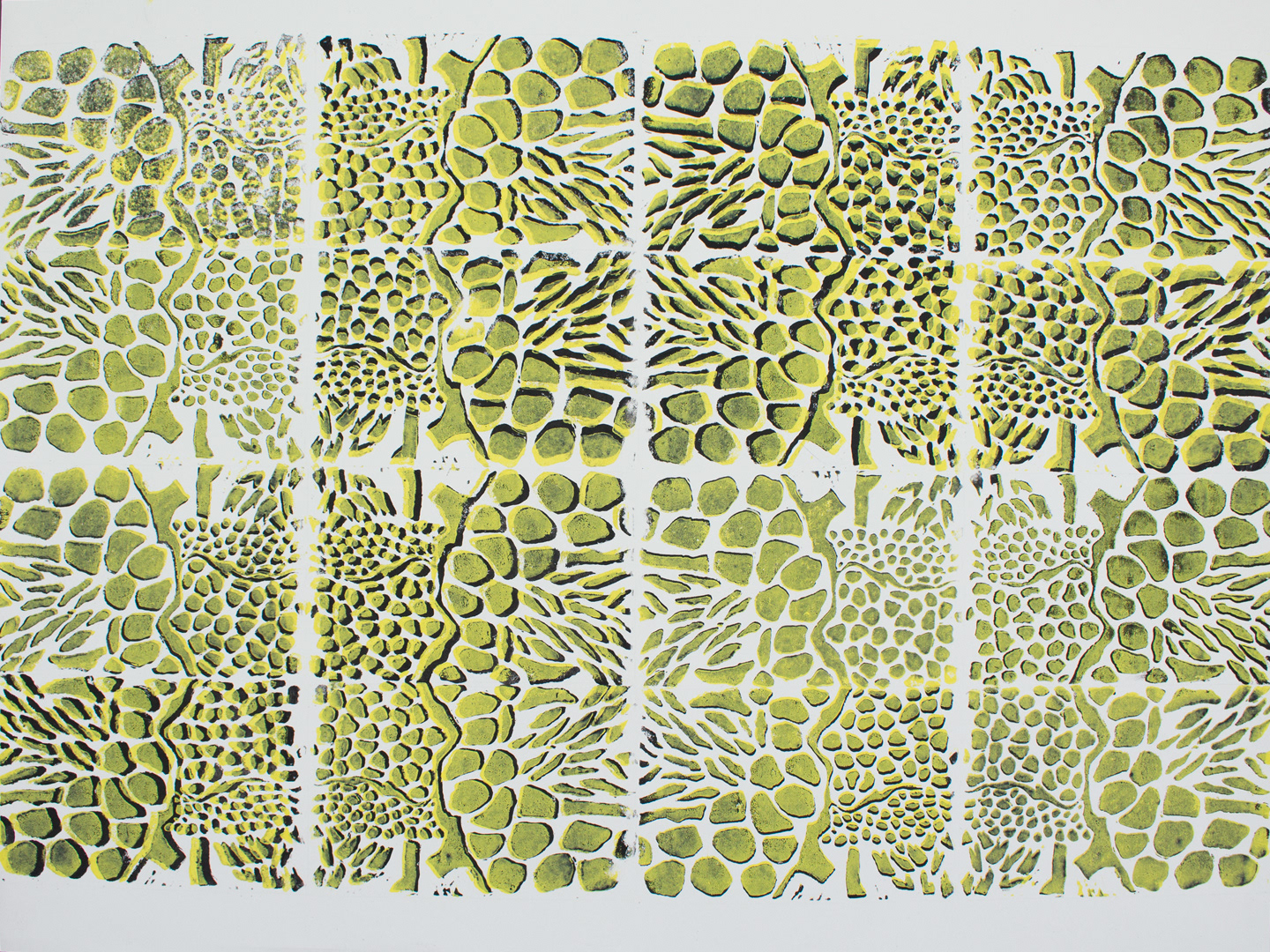 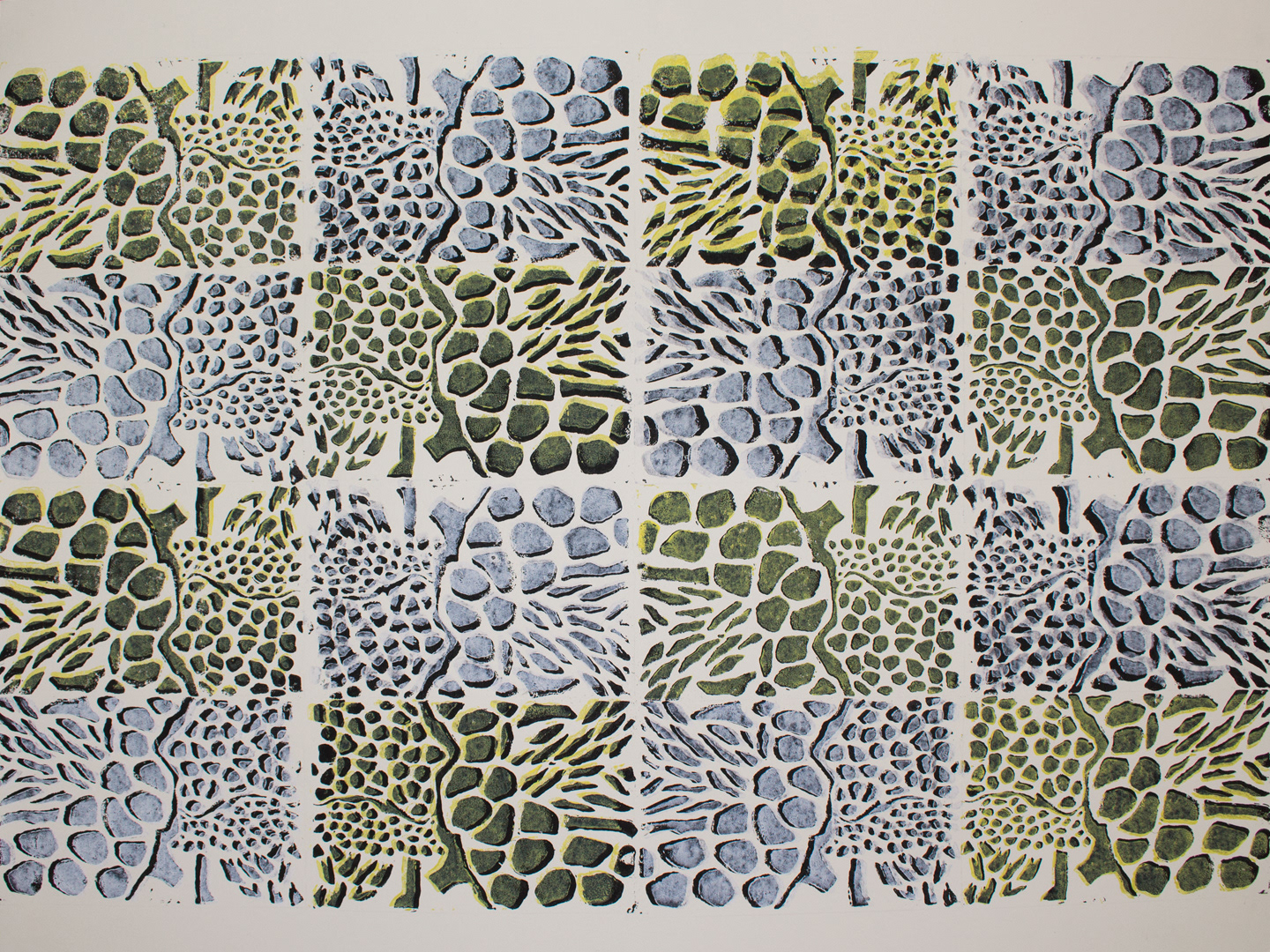 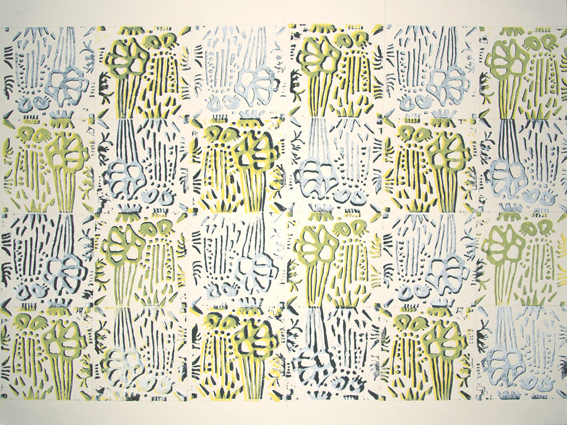 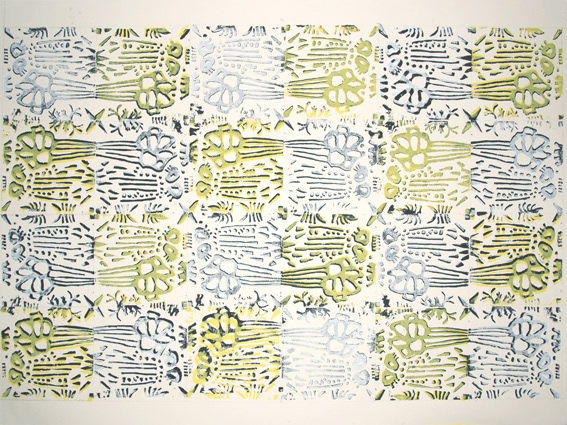 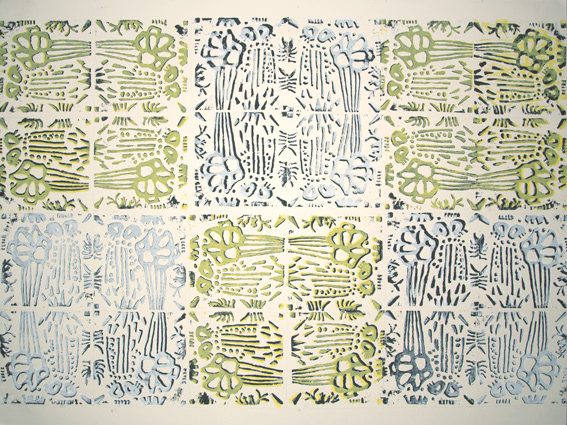 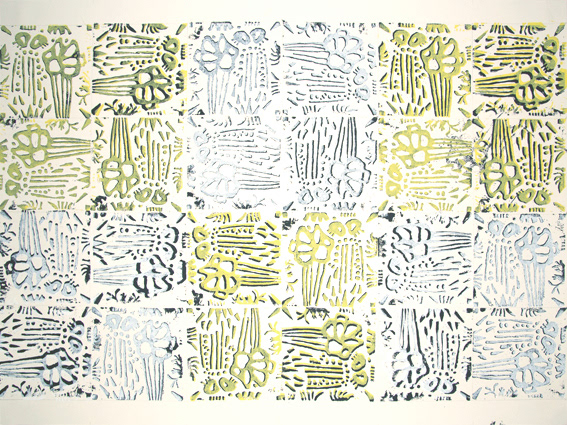 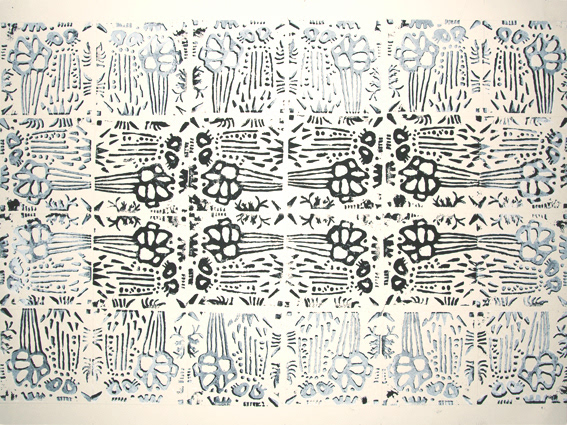 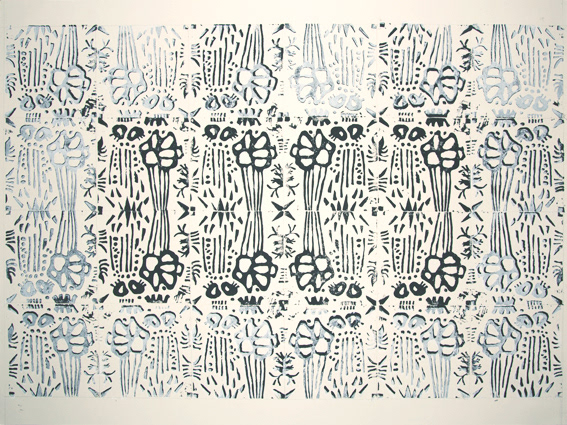 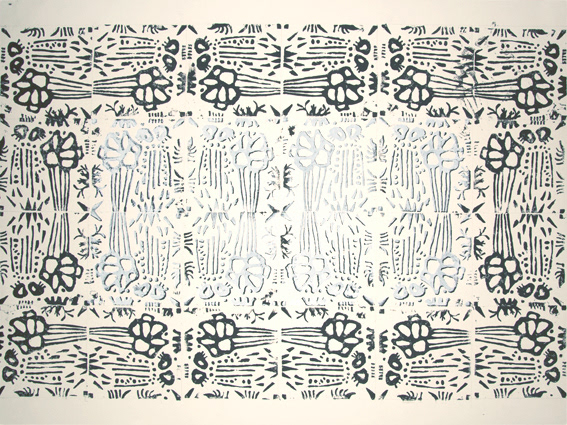 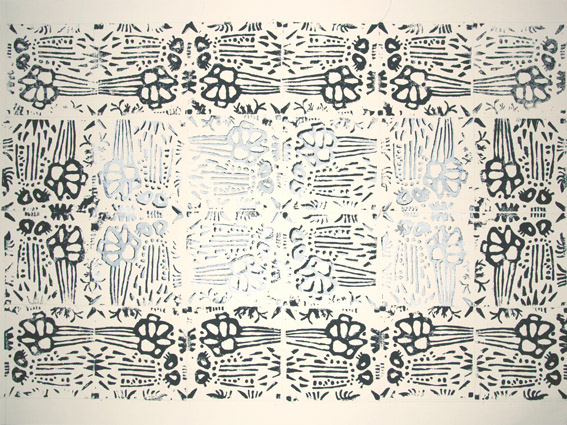 I started developing the “BINARY CODES” series of prints in March 2019. Fractals, Dynamic Systems, Chaos Theory and processes of creation in nature have a similar logic, and are related. They were the source of inspiration for the development of this project. Initially I draw a standard unit based on a photograph of flowers I took recently in a market in Tenancingo, Mexico. "Cell mater" is the name I gave to this standard unit. The “cell mater” and its mirror, both were carved into two linoleum plates which were printed multiple times in varied positions and colors. The work expanded and I developed an alphabet of geometric figures. Depending on the colors and patterns chosen, different compositions result. Just like a plant that spreads when there is space and conditions are favorable, I had the idea of gathering the printed sheets and thus achieving an expansion with unlimited potential. I want to try out different possible combinations, make them inhabit walls, and discover new sensations with them.

I AM AN ACTIVIST

ARCHEOLOGY OF A LIMINAL SPACE & TIME

VIDEO DIALOGUES
↑Back to Top